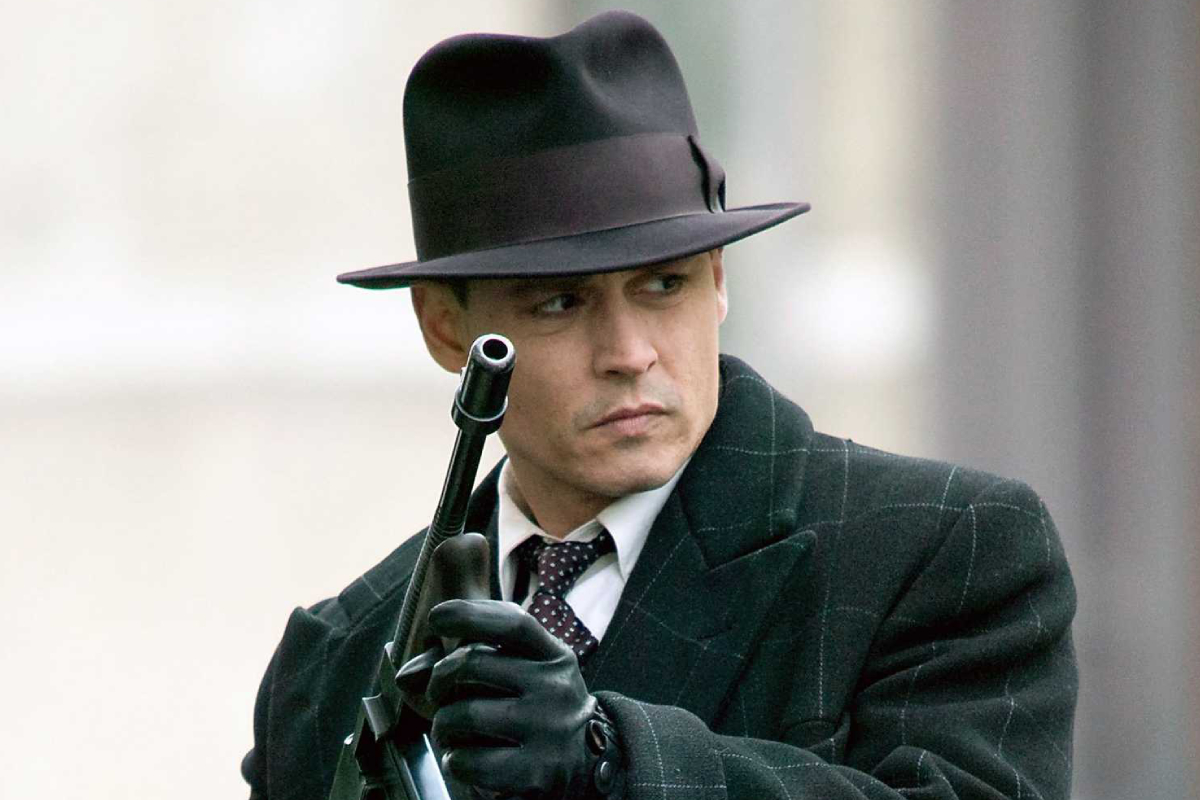 In this new action-thriller Public Enemies, acclaimed filmmaker Michael Mann directs Johnny Depp, Christian Bale, and Academy Award® winner Marion Cotillard in the incredible and true story of legendary Depression-era bank robber John Dillinger played by none other than one of my favorite actors of all time Johnny Depp. This charismatic bank robber whose lightning fast raids made him the number one target of J. Edgar Hoover’s fledgling FBI and its top agent, Melvin Purvis (Bale), and a folk hero to much of the downtrodden public. No one could stop Dillinger. No jail could hold him. His charm and audacious jailbreaks endeared him to almost everyone, from his girlfriend Billie Frechette (Marion Cotillard), to an American public who had no sympathy for the banks that had plunged the country into the Depression. But while the adventures of Dillinger’s gang (later including the sociopathic Baby Face Nelson played by Stephen Graham, thrilled many, Hoover (Billy Crudup) hit on the idea of exploiting the outlaw’s capture as a way to elevate his Bureau of Investigation into the national police force that became the FBI. He made Dillinger America’s first Public Enemy Number One and sent in Purvis (Christian Bale), the dashing “Clark Gable of the FBI”.

However, Dillinger and his gang outwitted and outgunned Purvis’ men in wild chases and shootouts. Only after importing a crew of Western ex-lawmen (newly baptized as agents), who were real gunfighters, and orchestrating epic betrayals, from the infamous “Lady in Red” to the Chicago crime boss Frank Nitti, were Purvis and the FBI able to eventually close in on Dillinger. Source: Universal Pictures Be on the lookout for this one. It’s sure to be one of Johnny’s best roles so far. One of the reasons I think I love Johnny Depp as an actor is his ability to play any given role. That’s a hard feat to accomplish if you become stereotyped as an actor. look at what happened to Sylvester Stallone when he tried to veer into the genre of comedy.

He did two movies, Stop or my mom will shoot and also Oscar in which Sylvester Stallone puts on the pinstripes to play “Snaps” Provolone, a 1930s gangster who promises his dying father he’ll go straight, discovers his accountant is set to marry his daughter and loses black bags that contain $50,000 and jewelry. It was a flop. No because of the movie’s plot but because it was Sylvester Stallone playing the role. The Movie going Public didn’t want to see their Rambo/Rocky/Judge Dredd going all funny on them. I for one agree with that. he’s not cut out to be a comedic actor. But Depp he’s different. He can do anything. Assume any role and that’s a major quality and asset to have as an actor. You’re sure to get a lot more scripts and roles offered to you if you possess versatility. Now you know why the guy is always busy and keeps churning them out for us. I give Johnny Deep two thumbs and a big toe up for excellence. Keep up the amazing work Johnny. Fans like me and the man million others salute you.